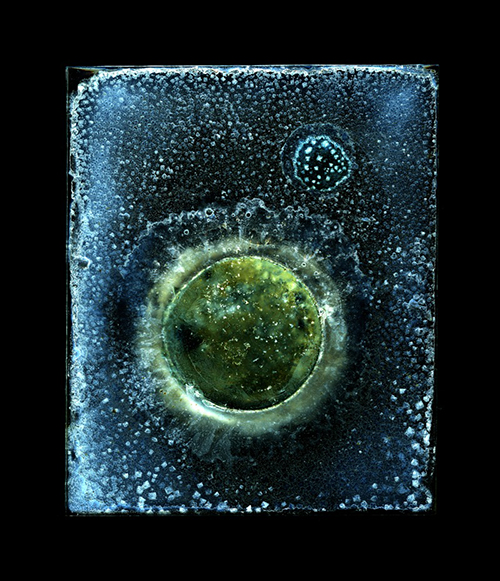 Over the years Paul Kenny has photographed and paid close attention to details in the landscape around him. His approach has fundamentally been a photographic process; however, his artistic nature has led him to explore and evolve his techniques over time, much like his own creations. Like a barnacle attached to its own ecosystem, he has returned again and again to the North-East coastal regions of England, the Scottish Highlands, and more recently to Ireland, to explore and unearth the “awe-inspiring in that which is easily passed by”. Developing his own technique by dripping small amounts of sea-water onto plates and letting them dry over a period of days, he has constructed a series of stunning tidal and celestial images, using flotsam and other natural elements he has found in his environment. The camera has become less important for Paul Kenny, yet his work is as clear and beautiful as his vision.

Born and educated in Salford, in the Northwest of England, Paul Kenny completed his Fine Art Degree at Newcastle upon Tyne in 1975.
In 2004 he returned to North Northumberland where he now lives and works not far from Holy Island with his wife Margaret.

Paul Kenny was kind enough to answer a few questions for BITE:

Where did you study photography?

I did a degree in a Fine Art in Newcastle. There was a photography room with equipment, the Ilford Manual of Photography and a monthly subscription to some great magazines.

I’m pretty much self taught.

What format do you like to shoot in and why?

The Epson V700 is the image capture device of choice right now, because it makes the images I want to.

What inspires you to create your photographs?

The urge to communicate not only what I see in the world, but also what I think.

How do you feel about the photography scene in the North today?

I’m not sure where you mean by north. There seems to be a lot of interesting people collected around the North East… but in general there is an overwhelming amount of photography around.

Grayson Perry in his Reith lectures said something to the effect that “we are drowning in a sea of photography” and I sympathise with that view. This image taken at the unveiling of Pope Francis speaks volumes and is scary in its own way.

A lot of photographers need to remember, it’s only a medium like oil, paint or charcoal, it’s limited; it’s only as good as the mind of the person manipulating and using that medium. 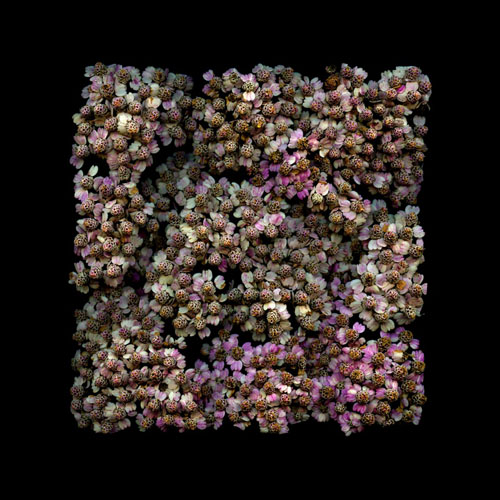